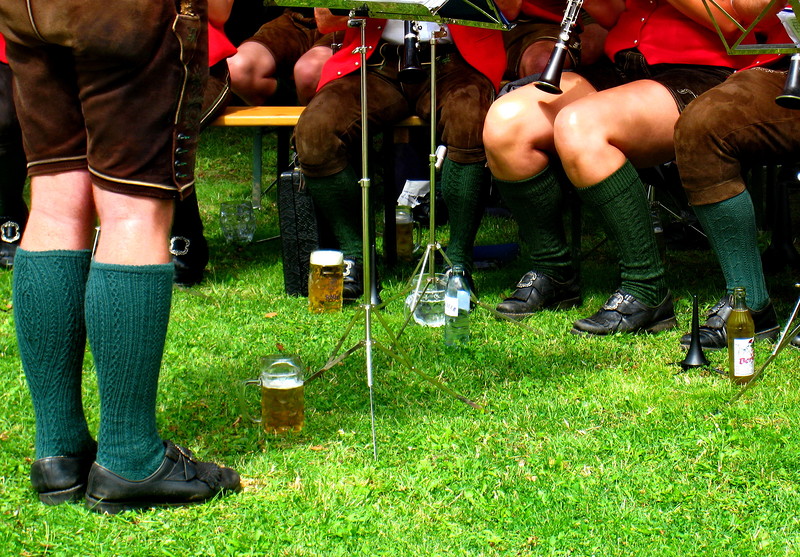 I found by chance, this place is in Austria, when I examined in the internet map of Styria (clicking on all the pictures in a row). This place is in the boonies, it far from any major cities. After seeing the picture, I opened my mouth in amazement. What appeared before my eyes? It was a monastery library.

… And here, Traudl invited us into her car. Outside the window began to flash (flickersed) the beautiful views.In the immediate vicinity there is the national Park Gesäuse. So, if someone wants to spend their holiday actively, and in beautiful place, let has in mind this place is a Park and monastery, and a castle nearby.Two hours later we arrived at the scene.The monastery is situated in extensive grounds in the valley. And surround the monastery on all sides of the mountain, half of which are more than two kilometers tall.

We were lucky. The day was Sunday, in the courtyard of the monastery turned fair. There were local products, drinks, Souvenirs. Festivities were in full swing, many people were in national costumes.Generally things of juniper were many, but all very expensive.
People in the courtyard of a cultural rest, slowly drank the drinks of varying strength and listened to the orchestra.The orchestra itself is also not to offend. Even the nuns are allowed a little aperitif)

A General impression that in Austria everything and always in a good mood. ))) The monastery in Admont has a very venerable age.We staring on the bright bushes, and almost missed the point in this photograph – St. Emma. But it all started!But thank God for Nastya, who photographed the text on the green board.Judging by the headdress, inside the Church is also St.Emma.

Emma was born in 980. She was married Wilhelm of Friesach-Sanngau. She gave birth to two sons and lived happily and richly until murder her sons during the uprising. Their father is brutally murdered with a rebellious people after went to Rome to atone for sins. But the way he died. Emma was left alone. She spent all the wealth on charity, investing in the foundation of monasteries. Here it was founded the monastery of Admont, but 30 years after her death. Emma was beatified in 1287, and was canonized in 1938.

The information about St. Emma from the same and from the story of Olga

The land and the money was from Emma, but the real founder was Gebhard (1010 – 1088), Archbishop of Salzburg

In 1074 the monks Benedictines arrived here of the parish of St. Peter in Salzburg. In 1120 there appeared a women’s monastery of the Benedictine order. In 1644 he founded the school at the monastery. And besides, in the 17th century, the school of embroidery, led by brother Benno Haan. In 1735 under the direction of architect Gotthard Hayberger it began rebuilding in the Baroque style, which was continued by Joseph Hueber.

Please note that the picture of 1839 the monastery looks somewhat different than it is now. The head of the Church crowned with onions. (This and the next two pictures are from the site of the monastery. Information from the same place)http://www.stiftadmont.at/en/

But in 1865 a fire destroyed almost the whole monastery, with the exception of the library.

In the following years after the fire the monastery was built again. In the 1930-ies of the monks provided their living by selling works of art. In 1939 the Nazis expropriated the monastery and in 1945 the monks returned here.
Currently the Abbey is a spiritual, cultural and economic center of international fame. In his charge are 26 parishes, nursing home and a middle school with 700 students. In all of these schools employs approximately 500 people. In the monastery the monks 26. From 1 August 1996 the dean of monastery is Bruno Hübl. His motto, “Ex caritate confidens de adiutorio Dei” –

So the monastery looks from the height of bird flight

The founder Gebhard was buried in the chancel.
Quite by accident I found on the internet the information that in a monastery in 1094 he died one of the daughters of Yaroslav the Wise – Anastasia Yaroslavna. She was the wife of the king of Hungary András I. The name of the Admont monastery (and in older sources – Almond). This daughter of the Russian Tsar Yaroslav. Anastasia died not later than 1094, as in this year she was mentioned as deceased. According to legend, she died in the Admont monastery or Almond that in Styria. Anastasia is second from the left in the mural.
Through the Admont is the pilgrimage way of St. Emma. The way out in the southern part of Austria, then to Slovenia. Stretches 187 km elevation Changes are significant.http://www.outdooractive.com/de/pilgerweg/alpenregion..

You can see the pilgrims on pictures.

It’s late and we go to the museums part of the Abbey.
We looked interesting multimedia show About the monastery and the order of Benedictines.
The library is the main treasure of the monastery.
Before entering the library are copies of medieval manuscripts. They are beautiful in the extreme.